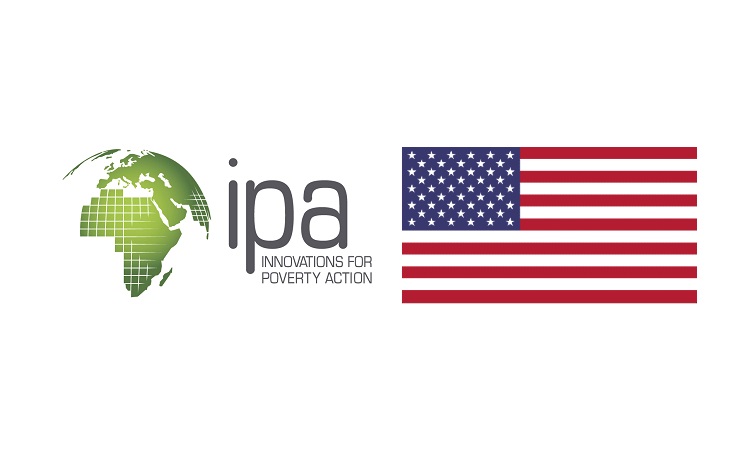 Attention researchers who design and implement rigorous quantitative studies on preventing, reducing, or responding to human trafficking: Grants are available for research that advances the understanding of effective prevalence reduction programs and improves anti-trafficking policies and practices.

The opportunity focuses on randomized control trials, though quasi-experimental methods will be considered for funding. Successful applicants may be awarded grants of $200,000 – $400,000. The full text of Innovation for Poverty Action’s (IPA) NOFO can be found at: Competitive Fund – Innovations for Poverty Action. Applications are due October 15, 2021.

IPA is targeting new research to advance the understanding of effective prevalence reduction programs and improve anti-trafficking policies and practices. Priority themes for this competitive fund are drawn from a Learning and Research Agenda (LRA) that was developed from November 2020 to September 2021 in consultation with leading global policymakers, practitioners, and researchers. The LRA identifies research gaps and priorities HTRI intends to answer. While the number of strong studies examining human trafficking has increased significantly over the last 10-15 years, existing studies are overwhelmingly qualitative and descriptive in nature. More research is needed to estimate the impact of counter-trafficking programs using a method that builds a credible counterfactual. Toward this end, HTRI is focusing on randomized control trials (RCTs), though quasi-experimental methods will be considered for funding. While many RCTs include qualitative research, studies that exclusively rely on qualitative or descriptive research methods will not be considered.

What are Randomized Controlled Trials (RCTs)? In an RCT, a large number of similar individuals (or households, communities, or other specified units) are randomly assigned to either a treatment group that receives an intervention or a control group that does not (or receives some other treatment). RCTs are sometimes referred to as the “gold standard” in research because their design reduces biases and credibly estimates the counterfactual, i.e. what would have happened if the program did not exist.

Which Organizations May Apply? IPA seeks applications from international quantitative academic researchers focused on vulnerable and/or hidden populations, especially researchers that use experimental methods. Government institutions and researchers will not be considered for funding, although certain partnerships may be assessed at a later point. IPA also seeks to connect human trafficking implementer organizations, or those who work with vulnerable and/or hidden populations, with academic research partners.