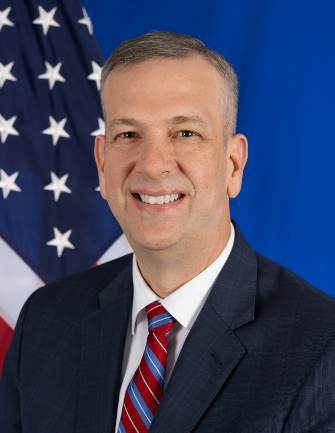 Prior to entering the U.S. Foreign Service, Mr. May served as the Assistant Director and Research Associate in Chinese Studies at the Nixon Center, a foreign policy think tank in Washington, D.C. From 1993 to 1996, he worked as a journalist for International Community Radio Taipei, an English language radio station; and worked as a correspondent for Newsweek.

Originally from Texas, Mr. May is a graduate of the University of Texas. He holds a master’s degree in China Studies from Johns Hopkins University’s School of Advanced International Studies. He is married and has three children.